Aconite, a chemical found in the wolfsbane plant, is a deadly neurotoxin, even when taken in very small doses. Many incidents of aconite poisoning have been reported, and many have died due to ingestion of aconite. Nevertheless, wolfsbane root is commonly used - with caution - in traditional Chinese medicine. 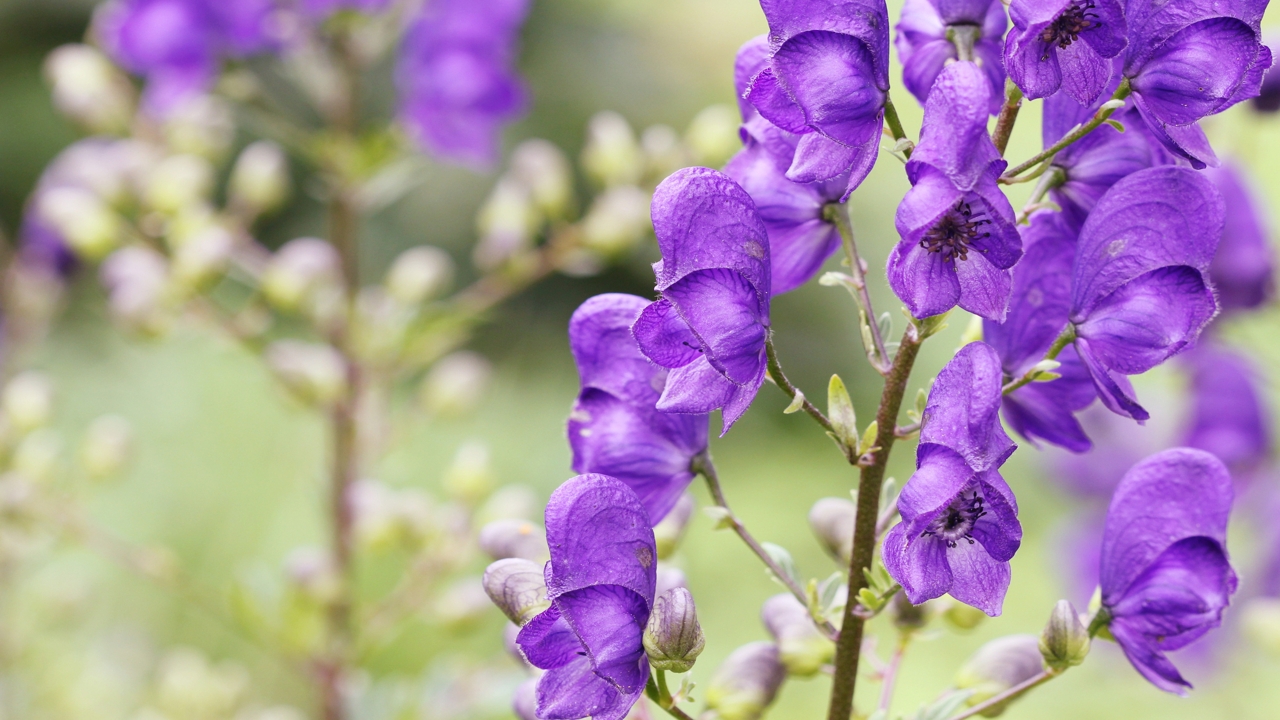 Aconite, a chemical found in the wolfsbane plant, is a deadly neurotoxin, even when taken in very small doses. Many incidents of aconite poisoning have been reported, and many have died due to ingestion of aconite. Nevertheless, wolfsbane root is commonly used – with caution – in traditional Chinese medicine.

Wolfsbane, monkshood, blue rocket and devil’s helmet are all names for the same plant, Aconite. The scientific name is Aconitum, but no matter what you call it, this plant can be deadly. The poison produced by Aconitum is called aconite, and it is extremely toxic. If ingested in high enough amounts, aconite causes many of the body’s vital systems to fail, inducing nausea and sweating, followed by paralysis of certain muscles and heartbeat irregularities, finally resulting in heart attack and death. There is no antidote for the poison. Although this sounds like a plant you would definitely want to stay away from, Aconitum is actually commonly used in herbal medicine.

In traditional Chinese medicine, or TCM, aconite was once among the commonest herbal remedies used. Its prevalence won it the nickname, “king of the 100 herbs”. How can one of the world’s most notorious neurotoxins be used medicinally? Well, in low doses, aconite may have certain analgesic effects, but we are talking about very  low doses here. Aconite can be lethal to humans at a dose of around 0.03mg, which is about one-tenth the weight of a grain of salt. In other words, if you had an amount of aconite the size of a grain of salt, that could be enough to kill up to 10 people!

In Mandarin, Aconitum root is called Fu Zi, and is used to treat a variety of conditions including arthritis, kidney problems, hypothermia, and diarrhea. In order to prepare Fu Zi, TCM practitioners first dry and boil the root of the wolfsbane plant. After long periods of drying and boiling, the aconite toxin is converted into a similar but less toxic substance, which is how this root can be at least semi-safely used in herbal medicine. However, adverse reactions to medicinal aconite have been known to occur. According to TCM proponents, Fu Zi is not dangerous when prepared properly, and instances of patients dying or having bad reactions can be attributed to malpractice (e.g., prescribing too much aconite) or patients attempting to prepare the treatment on their own.

In one case of aconite poisoning recorded in Tokyo, it was found that the patient had not boiled the root long enough to make the medicine safe to drink. The research team, led by Ono and Hayashida, suggested that older patients with dementia and patients with cognitive disorders may be at a higher risk for aconite poisoning due to a decreased mental capacity to follow directions carefully.

Aconite in the West

Although it was once commonly used as a pain treatment in Western medicine, aconite has now been replaced in the West by safer and more predictable treatments. However, the alternative practice of homeopathy also utilizes aconite in some of its treatments. Homeopathy is the practice of creating extreme dilutions of various compounds. In the practice of homeopathy, aconite is used to treat physical conditions as well as mental health issues like anxiety and suicidal thoughts. Aconite is still sometimes used as a poison, and in 2009 there was a high profile case in London involving a woman who poisoned an ex-lover and his fiancée.

The Lesson of Aconite

The lesson to take from the story of aconite is that you should always be careful which herbal medicines you try. We tend to think that anything “herbal” must be safe, but that’s not the case. Aconitum goes by a lot of different names, both in English and in TCM, so before you try any herbal remedy at all, be absolutely sure you know what you’re getting yourself into!

Disclaimer – This article is for informative purposes only, and should not be used as a replacement for expert medical advice.