Sexual health is very important. Traditional medicine systems recognize that your sexual health isn’t just related to your ability to perform in bed. Sexual energy is tied into your overall energy levels, your motivation, and your confidence.

These are just a few of the reasons that it’s important to make sure that you have a healthy libido. Your libido, or your sex drive, is what keeps you ‘fired up.’ And, yes, a high libido will lead to a lot more bedroom romping.

There are a lot of herbs that have been used for centuries to help both males and females boost their libido. In this article, we’ll cover some of the most significant ones.

Maca root is an exceptionally powerful libido-boosting adaptogen. It has a rich, nutty flavor and an even richer history.

During the time of the Incan empire, the maca root was regarded as one of the most important foods in all of Peru. So important, in fact, that its use was restricted for royalty and for warriors before they went into battle.

Maca root is known to produce significant improvements in libido and overall energy levels. It’s also a powerful adaptogen and can help your body adapt to stress.

This herb got its name after a Chinese farmer who noticed that a few of his goats were eating a plant from a particular corner of the pasture. These goats were especially frisky.

After a few human experiments, it became apparent that the weed was just as effective at improving human libido. Nowadays, it can easily be found in supplement form in many health food stores.

Tribulus terrestris, or gokshura, is a powerful Ayurvedic herb that is prescribed to people who are hoping to improve their sexual health.

The herb is thought to indirectly influence the production of testosterone, though there’s no scientific evidence to support this yet. Regardless, it has been prescribed for millennia, and thousands of people agree that Tribulus is a powerful libido booster.

Ginseng is another adaptogenic herb. Many adaptogens share similar properties, since their basic function is to help the body adapt to imbalances. If you have low libido, ginseng can help you bring it back to a normal level.

If you’re looking for a libido booster that really packs a punch, then look out for Rhodiola rosea. This herb, which grows in both Africa and China, is one of the most potent and powerful adaptogens on the planet.

Rhodiola has a host of benefits aside from boosting your libido. It boosts concentration, helps to build immunity, and can fight depression. Just be sure not to take it too late in the evening, because its stimulating effects are strong enough to keep you awake all night.

Herbs are a fantastic and holistic way to help produce positive changes in your body. The herbs discussed in this article have all been proven to help boost libido, so if you’re looking for a safe alternative to medication, try them out first.

Healing Herbs That Can Boost Your Mood 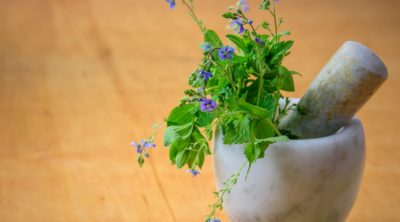 Healing Herbs That Can Fight Anxiety