Be Familiar With the Burdock Root Side Effects Before Using It

Burdock root, though very useful in treating many body ailments, can produce various harmful effects as well. Read on to know about these side effects, before starting a course of the same.

Burdock root, though very useful in treating many body ailments, can produce various harmful effects as well. Read on to know about these side effects, before starting a course of the same. 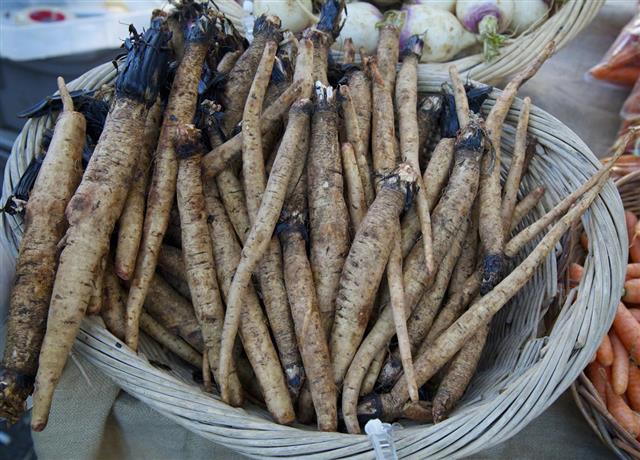 Georges de Mestral, a Swiss inventor, was inspired by the seeds of burdock sticking to his socks, jacket, and his dog’s fur, while walking in the woods, and invented VELCRO, a two-sided fastener that soon replaced the Zipper.

Burdock root, originally grown in Europe and northern Asia, is now grown in many parts of North America as well. Traditionally, burdock root was used in a number of herbal remedies to treat various illnesses. Burdock supplements can be purchased in the form of dried root powder, tincture, pills and fluid extracts. Till date burdock root is used in alternative medicine however, its use has to be monitored carefully due to the various side effects it has.

Side Effects of Burdock Root
➡ Burdock leads to allergic reactions on the skin.
➡ When it is taken orally, it can cause increased urination, which causes uterine stimulation. Hence, pregnant women should avoid using burdock root as it can be harmful to the fetus.
➡ Using burdock root contaminated with belladona, at the time of harvesting, one may experience symptoms like dryness in the mouth and an altered heart rate.
➡ Tannins that are present in the burdock plant, can be toxic. These can cause side effects such as stomach problems and in some severe cases, even liver and kidney damage.
➡ Burdock root affects the blood sugar levels in a person. It may reduce the blood sugar levels causing hypoglycemia. Hence, it is advisable to consult a health care professional before using burdock root as a treatment option if you are hypoglycemic or taking some other medications for diabetes.
➡ Burdock root tea may cause poisoning in a person.
➡ It may interact with blood thinning medications. When taken in combination with these medications it might slow the blood clotting and increase the risk of bleeding.
➡ Burdock root may hamper iron absorption in the body.
➡ It acts as a diuretic, hence anyone suffering from dehydration should not consume burdock root in any form. Illnesses like cold and flu, diarrhea, vomiting, etc., cause dehydration, hence burdock root intake should be avoided during such illnesses.
➡ It may increase the risk of bleeding during and after a surgery. Hence it is advisable to consult the doctor about its usage in such circumstances.
➡ It may cause eye inflammation.

After studying the side effects of burdock root, it’s time now to look at some of its benefits as well because, although there are certain risks involved in its use, it is a form of medicine that has been used for several years.

Disclaimer: This HolisticZine article is for informative purposes only and does not, in any way, intend to replace the advice of a medical expert.