Celandine Herb Uses and Side Effects

Small studies indicate that the celandine herb is effective in the treatment of various medical problems. However, this herb lacks FDA approval as there is no sufficient scientific data that supports its uses. To know more about celandine uses and side effects, read on. 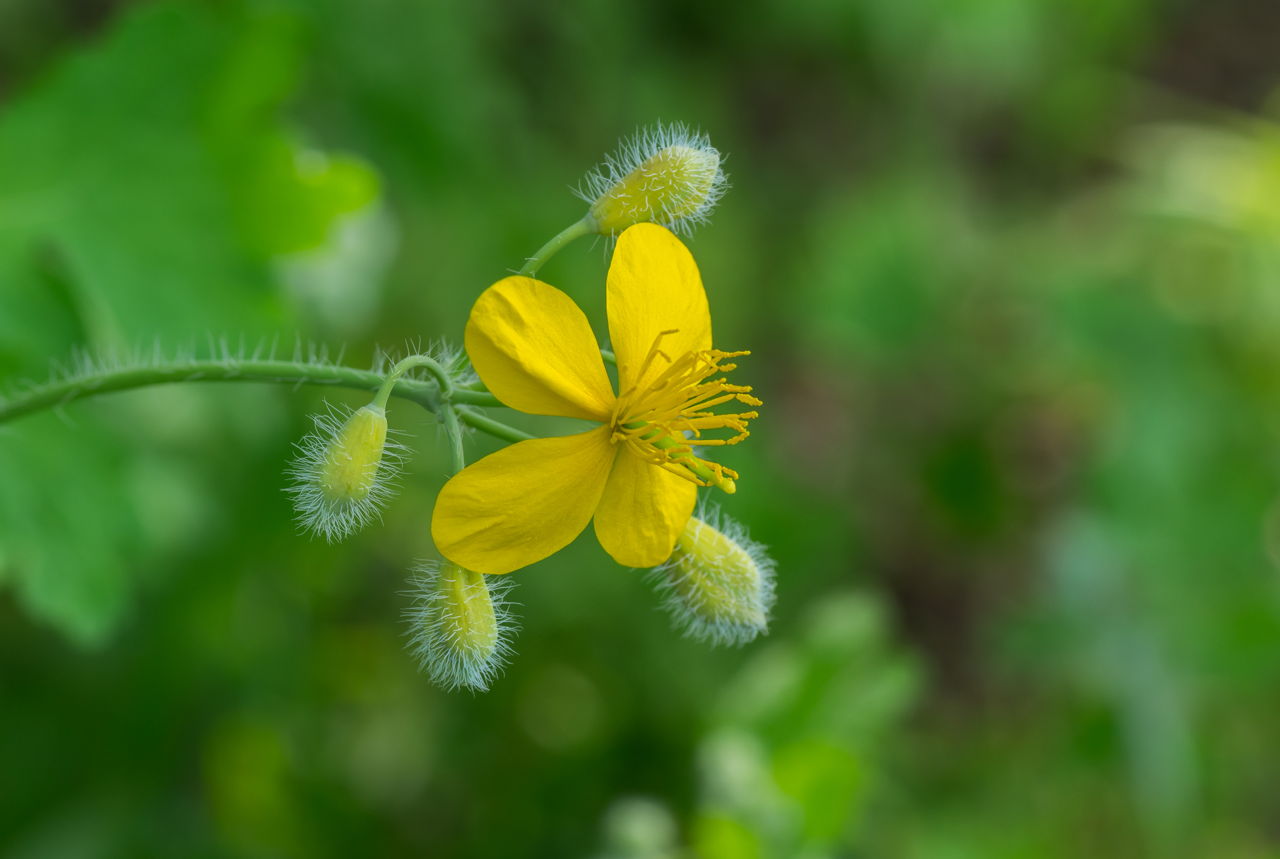 Small studies indicate that the celandine herb is effective in the treatment of various medical problems. However, this herb lacks FDA approval as there is no sufficient scientific data that supports its uses. To know more about celandine uses and side effects, read on.

When conventional treatment fails to provide any relief, we often look for alternative therapies, and the first thing that comes to mind is herbs. Celandine is one such herb that has shown to be a potential remedy for various ailments. Also referred to as greater celandine, every part of this plant, including the roots has medicinal properties. First noticed near the Mediterranean region, celandine is basically of European origin, but is also found in certain parts of Asia. Belonging to the Papaveraceae family of plants, Celandine usually attains a height of 3 feet. It’s fleshy root as well as aerial parts are used to make herbal extracts that are sold in the form of powder, tincture and capsules.

There is yet another herbal plant known as lesser celandine that only looks similar to greater celandine. For instance, both the plants have yellow or orange-colored flowers. However, lesser celandine belongs to the Ranunculus ficaria family of plants, and its medicinal uses are very few as compared to greater celandine. Lesser celandine is said to reduce pile discomfort. Piles in which the veins within the rectal or anal area become swollen and cause pain, may also respond to this herbal medicine. An ointment that is made by crushing the roots of lesser celandine may be useful to reduce the pain associated with piles. When the ointment is mixed with extracts of stonecrop (yet another herb) and then applied to boils and wounds, it helps to speed up the healing process.

The medicinal herb can be of immense use for people suffering from loss of appetite. Taking extracts of greater celandine is beneficial to stimulate appetite. In simple words, one may experience an increase in appetite by including these extracts in their diet.

Skin infections like warts, ringworm and scabies, or other chronic skin disorders such as eczema can also be effectively treated with greater celandine. External application of ointment or poultice prepared from the extracts of greater celandine may help to clear away the infection. Orange latex extracted from the stem of this plant is found to be useful to treat skin tumor.

Tinctures of various herbs have long been used for various medicinal purposes. Greater celandine sold as tincture can help to restore normal bowel movement. Constipation sufferers can expect some amount of relief by taking this tincture.

Digestion problems that are typically marked by a nauseating feeling and stomach cramps may resolve using celandine herb. The extracts of greater celandine stimulates a cramp relieving action that helps to ease indigestion symptoms. The herbal extract can also assist in healing stomach ulcers. The herb prompts the body to release more digestive enzymes, which helps to improve digestion. People suffering from intestinal disorders like irritable bowel syndrome (IBS) might also get some relief from the intake of celandine.

Celandine herb might be useful to treat heart ailments such as arteriosclerosis, in which the arteries become hard and narrow due to cholesterol buildup. Animal studies suggest that celandine extracts help to dilute arteries, thereby ensuring blood circulation to the heart.

Edema that typically causes fluid build up in the extremities (feet and hand) can be a cause of great discomfort. In such circumstances, ingestion of greater celandine herb can be a good remedy to reduce accumulation of fluid, and subsequently relieve edema symptoms.

Research hints that celandine extracts assist to increase the amount of bile being produced. The increase in bile production can go a long way in improving digestion and detoxifying the liver. Thus, celandine can act as an effective herbal liver detox. However, further studies are awaited to establish the detoxifying properties of celandine.

The alkaloid chelidonium present in celandine is found to be useful to treat gallbladder issues such as gallstone formation and infection. Chelidonium also demonstrates spasmolytic activity, which means it can help to reduce spasms associated with gallbladder and bile ducts.

Randomized clinical trials also show that an alkaloid extract of celandine, commonly referred to as ukrain, has anticancer properties. Clinical investigations suggest it as an anticancer drug, but substantial evidence is not available due to the absence of extensive research. Further investigations are warranted to establish it as a herb for cancer treatment.

Traditionally, celandine has been an integral part of Chinese medicine. In China, it is prescribed for the treatment of whooping cough. It acts as an excellent expectorant, which encourages expulsion of mucus and eases lung congestion. The herb has long been hailed as a cure for liver diseases like jaundice. The leaves of lesser celandine are a good source of vitamin C. Eating these leaves after heating them was a remedy for scurvy, a condition typically characterized by vitamin C deficiency. The ancient Greek philosophy describes it as a natural way to remove gallstones and cure constipation. Greater celandine for abdominal pain was considered to be a popular folk remedy.

Side Effects of Celandine Herb

Although used for centuries in various countries for numerous medical ailments involving the liver, skin and the stomach, the celandine herb is not free from some serious side-effects. Some initial studies suggest liver toxicity as a possible consequence of taking this herb. In countries like Germany, high quality celandine herbal extracts available in small bottles have labels that indicate a warning message about the possible side-effects of this herb, including liver problems. Although celandine is used for stomach problems, its oral consumption can cause abdominal discomfort.

There have been confirmed reports of acute liver damage due to the oral consumption of greater celandine in few patients. When taken in supplemental form, it may trigger acute hepatitis. People allergic to constituents of greater celandine are likely to complain about skin rash, when applied externally. Dizziness, fatigue, nausea, and sleeping disorders are some other side-effects reported after taking oral dosage of greater celandine. Taking this herb while pregnant is known to stimulate contraction of the uterus, which may lead to a miscarriage.

Keep in mind that celandine is not a replacement or a substitute for prescribed medication, so do inform your doctor in case you are looking for an alternate herbal therapy. Also, if the herb is taken in conjunction with other drugs like HBP medicines and antibiotics, it may cause some undesirable side-effects.

A point to note is that the uses of celandine are backed up by limited studies. To be specific, very few studies have confirmed the medicinal properties of the herb. Some studies show that the results contradict what the uses of celandine are asserting. It has also not received any FDA approval, so it is advised to get the clearance of a well-qualified doctor or a herbalist before using these herbal extracts for any medical condition.