Vinegar as a Disinfectant

Vinegar is an effective natural cleaner and disinfectant, as it possesses antimicrobial properties. Learn more about how to use vinegar for cleaning your household items, through this HolisticZine article.

Home / Uncategorized / Vinegar as a Disinfectant 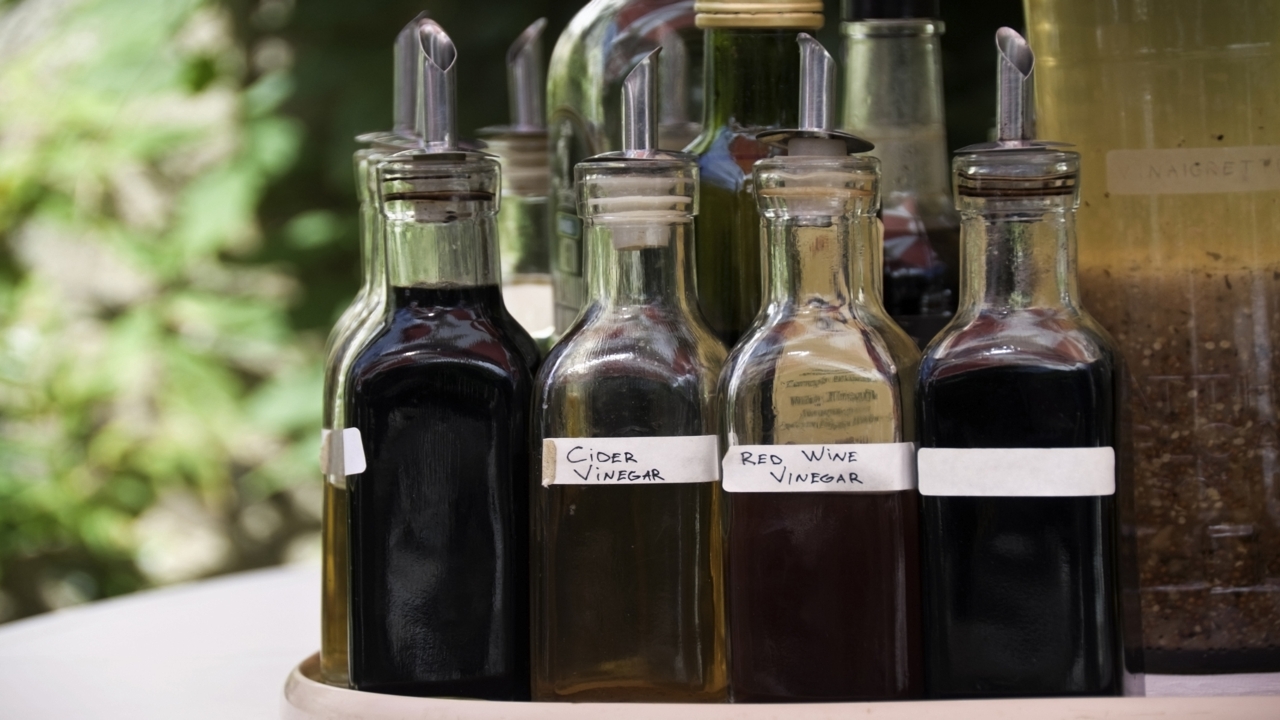 Vinegar is an effective natural cleaner and disinfectant, as it possesses antimicrobial properties. Learn more about how to use vinegar for cleaning your household items, through this HolisticZine article.

Vinegar is a product of alcoholic fermentation. It is prepared by fermenting ethanol with the help of acetobacter. The bacteria converts alcohol or ethanol to acetic acid. Though vinegar is basically acetic acid, it can also contain a small amount of citric, tartaric, and other acids. It can be prepared from a variety of substances, including rice, wine, fruits, and grains.

The concentration of acetic acid in vinegar usually varies from 4% to 8%. It is more commonly used for salad dressings, marinades, and for tenderizing meat. However, many people are not aware the fact that it can be used as a disinfectant for cleaning household items as well.

The ancient Romans used vinegar mainly to disinfect drinking water. But in the middle ages, this amazing natural disinfectant was used for preventing the spread of several diseases, including the bubonic plague. It was used for disinfecting wounds during the World War I. The fact that vinegar has antimicrobial properties was perhaps known since ancient times, and this is the reason why it has been used for ages to make pickles, and thus preserve food items for a long time.

Modern studies have also pointed out that it is one of the most effective, yet all natural and safe disinfectants. Unlike many commercial disinfectants, it is eco-friendly and non-toxic, and hence, safe to be used for cleaning household items. Because of its acidity, vinegar can kill germs and microorganisms. It becomes more effective when combined with salt or hydrogen peroxide. When used along with hydrogen peroxide or salt, it can kill mold, and inhibit the growth of the E. coli bacteria.

How to Use Vinegar?

The vinegar that is commonly used as a disinfectant is the white distilled vinegar, as it smells less pungent than the other types of vinegar. White vinegar is generally used along with hydrogen peroxide and baking soda. It can be used to disinfect your entire house, especially the kitchen. It can be used to clean and disinfect the kitchen counter tops and cutting boards, which are more likely to harbor food-borne bacteria and germs. To clean cutting boards, you can use it alone or mix it with a small amount of salt or hydrogen peroxide. However, be sure to not use it on marble products.

Diluted vinegar can also be used for cleaning tiles and floor. For cleaning and deodorizing a stinking drain, you can mix it with baking soda. Mix almost equal parts of baking soda and white or distilled vinegar, and put the mixture on the drain. Let it sit for a few minutes, and then flush it out with hot water. Similarly, vinegar and baking soda can be used to deodorize your garbage bins as well.

Apart from these, you can use it to clean, deodorize, and disinfect your dishwasher, microwave, refrigerator, coffee maker, glassware, faucets, and sink. You can also use it to clean and check the population of disease-causing germs in your bathroom. The bathtub and even the toilet bowl can be cleaned and disinfected with white vinegar.

Generally, the 5% vinegar, which is available in almost all grocery stores, can be used for cleaning and disinfecting your household items. The advantage of using vinegar as a disinfectant is that, it smells less pungent, and therefore it is easier to get rid of the smell. To sum up, vinegar is one of the most readily available, eco-friendly, and effective disinfectants, which can be safely used to substitute the artificial disinfectants and cleaning products, many of which can contain toxic and harsh chemicals.