Though many people undergo surgical procedure for getting rid of skin moles, they can also be removed by using certain natural remedies. Home remedies for skin mole removal are not only inexpensive, but they pose less risks for skin problems. 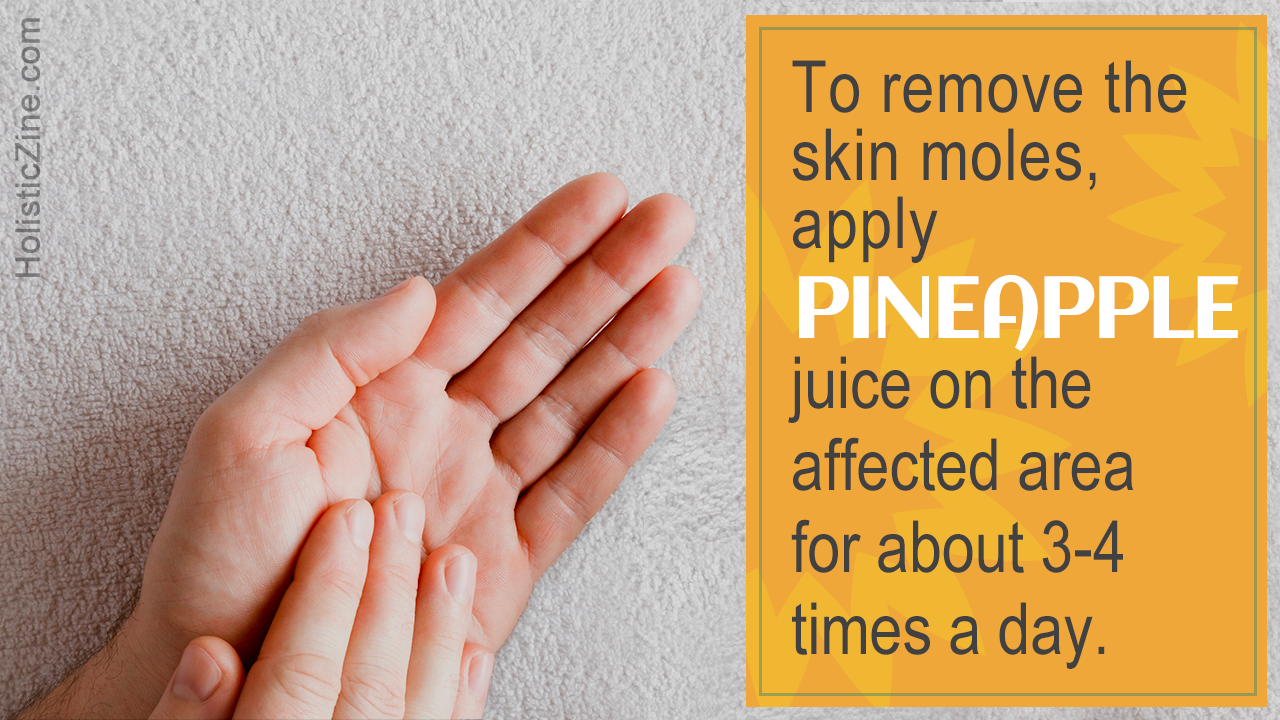 Though many people undergo surgical procedure for getting rid of skin moles, they can also be removed by using certain natural remedies. Home remedies for skin mole removal are not only inexpensive, but they pose less risks for skin problems.

Skin moles occurs due to hyperpigmentation of the cells. They can be caused due to heredity, exposure to sunlight, or proliferation of the pigment cells. A skin mole is a cluster of pigmented cells, usually raised from the surrounding areas and is dark brown or black in color. It is either round or irregular in shape. The number of skin moles may vary from one person to another, one can even have 40 or more moles. They can be present at birth or can occur during puberty or pregnancy.

Skin moles become unsightly if they are large and present in the wrong areas. Removal of the same is mostly performed for cosmetic purpose, and rarely for health reasons. There are surgery, as well as laser techniques to remove skin moles. While opting surgery, one can opt for either of the two techniques, viz. shaving method and cutting method. In the former technique, the physician removes the skin mole via shaving; whereas, in case of cutting method, the mole is removed by making an incision. A minimally invasive laser technique is used for removing deep skin moles. Very often, more than one session is required for complete removal of the mole.

Home Remedies to Get Rid of Skin Moles

✷ Grind some flaxseed into powder form and prepare a paste out of it by using flaxseed oil and honey. Apply this paste for three times a day. Moles will disappear within few weeks.

✷ The milk juice obtained from the trunk of a banyan tree is used for removing skin moles. You can apply the juice three times daily.

✷ Mix equal quantities of castor oil and baking powder and allow it to stand for few minutes. Apply the mixture to the moles by using a cotton swab before going to bed and keep it overnight. Follow this everyday until the mole disappears.

✷ Grind radish, until it becomes a fine paste. Apply the paste to the affected skin, two times daily, to get rid of skin moles.

✷ Another effective method is using onion and garlic. You can use either onion paste or garlic paste and apply to the moles.

✷ Juices of pineapple, fig, grapefruit and sour apple are also used for removing skin moles. Use any one of these fruit juices and apply 3-4 times a day for better result.

✷ Take some cumin seeds and grind them to prepare paste. Apply this paste regularly. You may feel a burning sensation after applying the paste, but don’t worry, as it will not harm your skin.

✷ Roast the pomegranate peels for about 3-5 minutes and grind them. Mix equal quantity of lime juice and apply this mixture for at least two times a day. You will see the moles disappearing in a few weeks. This mixture can also be used for getting rid of pimples, blackheads, and warts.

These are some of the safe methods for getting rid of moles. It is always better to use natural remedies for skin care, rather than applying chemical products. Skin moles are usually harmless; however, sometimes it can be cancerous. In case of big moles or if the size of the mole increases, then it is always advisable to consult and seek advice from a qualified dermatologist or physician.