Pressure points are specific sensitive points or areas that can be tapped for many uses. Stimulation of these vital points can help overcome pain. On the other hand, martial artists can take on their opponents during a combat by using simple force on a pressure point. Know these vital points and their various uses in this HolisticZine article. 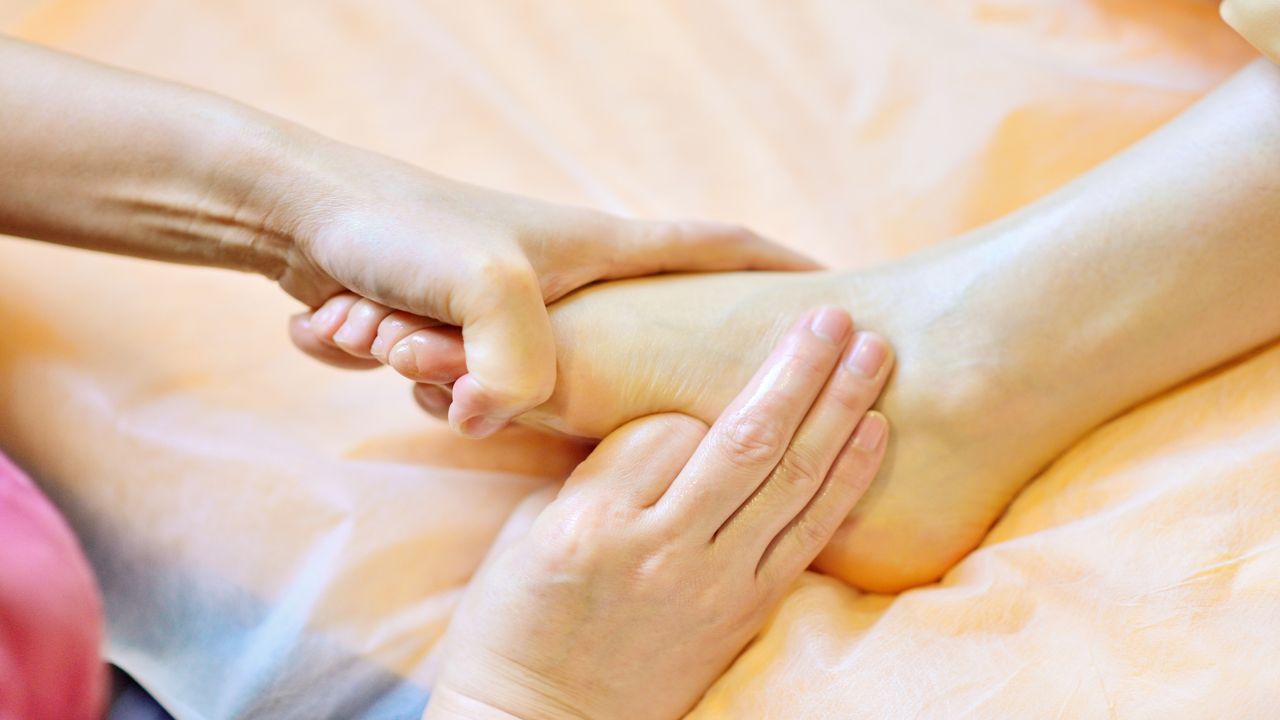 Pressure points are specific sensitive points or areas that can be tapped for many uses. Stimulation of these vital points can help overcome pain. On the other hand, martial artists can take on their opponents during a combat by using simple force on a pressure point. Know these vital points and their various uses in this HolisticZine article.

About 5,000 years ago in China, when weaponry included spears, axes, and arrows, it was reported that soldiers, who were injured in certain areas of the body, showed remarkable recuperation from certain illnesses. This relationship between pain and recovery laid the foundation for physicians to understand the various pressure points in a human body.

A pressure point is any point in the body at which a pulse can be felt, and the artery can be pressurized to stop bleeding at the distal point. Understanding the location of such points in the human body is crucial for controlling bleeding. Martial arts experts also make use of the knowledge of pressure points to render their opponent powerless. Besides, their locations are also explored in acupressure techniques, which focus on relieving pain by applying pressure on certain areas of the body.

Pressure to each point is applied differently and each creates a different effect. Pain points or acupressure points, for example, use tendons, ligaments, and muscles — the aim is to temporarily numb the target, or, at the very least, distract it. Thus, as you can see, pressure points are broadly categorized into three types:

A sound knowledge of ancient Asian ways of healing can benefit a martial artist for both fighting and healing. If you understand where exactly your body is susceptible to pain, it will give you an added impact to your fighting techniques, such as strikes, holds, chokes, etc. In fact, catching your opponent unaware by launching pressure point attacks (attacking a weak point), will give you an easy advantage over him by marring his ability.

The pressure point that you choose to attack is primarily dominated by your knowledge of its location and your ability to reach it effectively. Also, striking the vital point does not knock out a person or cause a body part to become numb as has been disseminated by many martial artists. What a strike does to a pressure point when attacked is, it disrupts the circulation to that point and interrupts the attacker’s energy, making him weak. Given below are a few pressure points that are vital in self-defense. Also, the diagram illustrated below covers points/areas that are particularly susceptible to incapacitating pain or injury.

A sharp jab on the eyes, a vital point, can temporarily blind your opponent, giving you an advantage.

A powerful jab on the ears with a slightly cupped palm can injure the cochlea, which leads to loss of balance.

A solid punch on the nose can lead to nosebleeds.

A blow on the flat area of the forehead on the front side can stun or knock out someone.

In each of the armpits, you will find a large nerve close to the skin. A blow in that area causes severe pain — may be partial paralysis as well.

If you strike your opponent here, he could be left choking for breath.

The area here is hollow. It is covered with a network of blood vessels and nerves, and a punch would serve to be a knockout one.

A powerful strike on the biceps is extremely painful and will weaken the opponent.

A sudden blow directed towards the heart could stun the opponent, jolting him and giving you enough time to make the next finishing move.

There is a large network of nerves that passes through this region. A strike here may cause hemorrhage of blood vessels that are lying beneath.

Measure two inches from the nipple. The point is between the first and second ribs from the top. Attacking this area will cause breathlessness.

Striking the diaphragm, i.e., the lower rib area (front side) would cause difficulty in breathing.

A strike or a blow to the spinal column, or the area where the spine joins the skull is enough to weaken your opponent’s reflexes.

This is the area at the very top of the stomach area, just below the sternum. It affects the nervous system due to which a person gasps for breath when attacked at this point.

One would endure a shock-like sensation when attacked on the kidney area.

This area gets dislocated very easily, so landing a punch at this point serves your purpose.

This is a weak spot, and a strike here will weaken the person as a wave of pain and shock will hit him.

Maximum damage can be done when you attack these points during self-defense.

Acupressure is an ancient technique that allows application of gentle pressure on the acupoint/pressure point that stimulates blood flow in the area and flushes out the accumulated toxins while bringing more oxygen and nutrients to the area. These points are sensitive to pressure and small impulses, because of which they release endorphins, thereby lessening the pain felt.

Acupressure points, also called acupoints or tsubos, are points or spots on the body that manage and control electrical impulses. They are considered as swirls of qi  or chi, which is nothing but a composition of emotional, spiritual, mental, and physical panoramas of life. Qi is conceived as a complex current that flows through the universe and relates the human body to everything around it.

When an acupressure point is located in the same area where you feel pain, then it is known as local point. For instance: applying pressure to the temples relieves you of a headache.

When the pain is experienced in a different region and the point you are touching is different, the acupoint is called trigger point. For instance, applying pressure to an acupoint in the shoulder region can give you pain in the lower region of the arm.

Yin force is described as passive, cold, receptive, and internal while yang force is considered active, hot, productive, and external.

Compared to what Western Medicine follows, Chinese medicine views organs in a different light. E.g. Points on the large intestine meridian can be used to treat problems, like dry mouth, constipation, and arthritis.

Note: The chart above shows only the anterior and posterior view as a result of which acupoints for the Gallbladder meridian (GB1 to GB44) haven’t been shown. Otitis media, eye pain and itching, upper back problems, issues with head/brain, seizures, gallstones, hepatitis, sinus infection, urinary retention, sciatica, skin issues, fullness below heart, rabies, etc., can be cured by applying pressure on these points.

The first step to control bleeding is the application of direct pressure to the wound using a clean cloth. The person assisting should wear gloves to get protection from blood-borne diseases. Bleeding can be stopped by applying pressure to the pressure points — areas where the blood vessels run close to the injured surface. By applying pressure on these blood vessels, blood flow will stop further away, allowing direct pressure to arrest bleeding. Also, make sure you are pressing at a point closer to the heart, or else it might not help in arresting bleeding.

Points on the Right

Points on the Left

This artery may be pressed against the lower jaw for hemorrhage around the nose, mouth, and cheek, or chin. One can feel the pulse of the facial artery in the depression about one inch anterior to the angle of the lower jaw.

The common carotid artery in the neck may be pressed back against the spinal column for bleeding in the neck and the head. Avoid prolonged compression, which can result in lack of oxygen to the brain.

This artery may be pressed against the arm bone by a push inward along the natural groove between the two large muscles of the arm. Hand, wrist, and forearm hemorrhage will be stopped by this pressing.

You may apply pressure to the radial (and ulnar) arteries located on the wrist to halt bleeding of the hand.

This artery may be pressed to avoid serious hemorrhage of the lower extremity.

You may apply pressure on the popliteal artery that lies behind the knee to halt bleeding of lower leg. If you can’t apply enough pressure, hold the leg with one hand, while with the other, make a fist and push it firmly against the back of the knee.

In order to stop bleeding of the foot, apply some pressure to the posterior tibial artery at the ankle.

Dorsalis pedis artery, a.k.a. anterior tibial artery is another point where pressure can be applied to the top of the foot to curb bleeding of lower foot and toes.

Never use pressure points in the neck unless it becomes absolutely necessary, as there lies a risk of pressing the windpipe and choking the injured person. Also, never apply pressure from both sides of the neck at the same time.

It is important not to leave the pressure on for too long (more than 15 minutes), as this may cause damage to tissues supplied by arteries past the pressure point. Besides, one must immediately try to get proper medical help as soon as possible.

Disclaimer: The information provided in this article is for educational purposes only and is not a substitute for medical advice. Any recommendations are not intended to replace the advice of your physician or health care practitioner. You are urged to seek advice from a skilled professional regarding pressure points and its related techniques.