The tea that is made from the leaves of the Mimosa hostilis is said to be a natural antiseptic, and drinking it can help alleviate tooth pain. The following HolisticZine article elaborates more on the uses of Mimosa hostilis root bark. 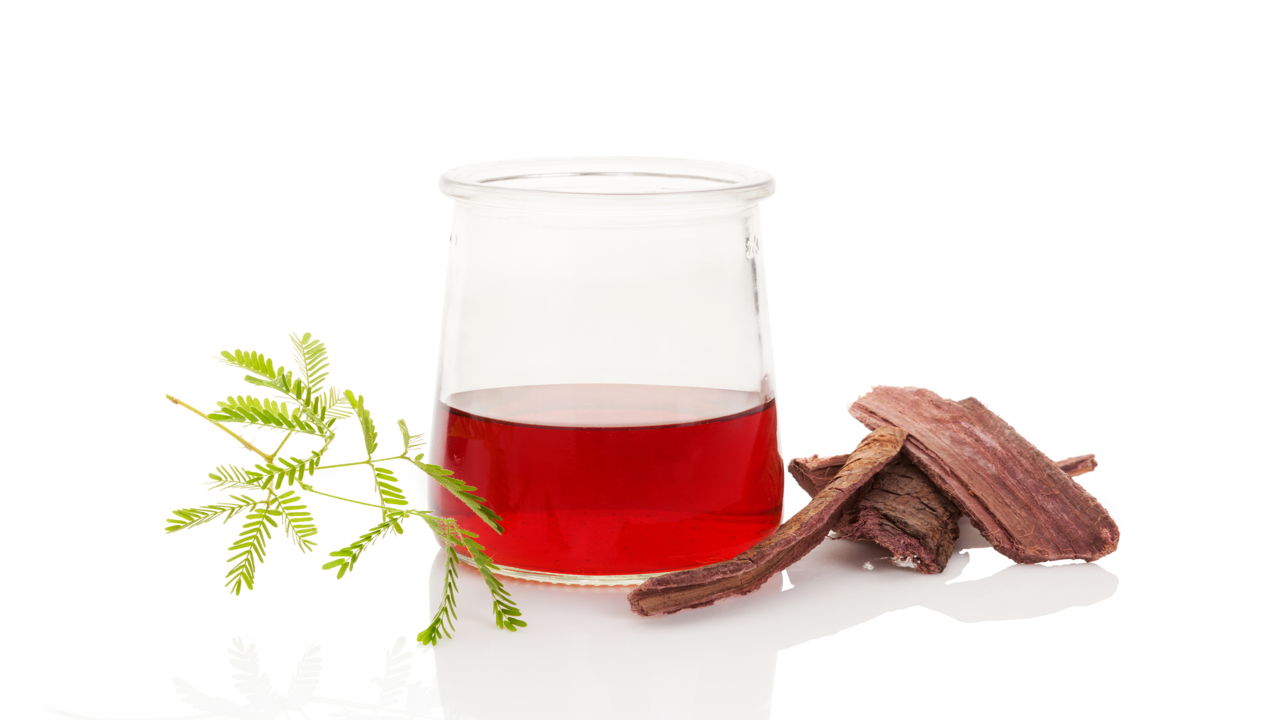 The tea that is made from the leaves of the Mimosa hostilis is said to be a natural antiseptic, and drinking it can help alleviate tooth pain. The following HolisticZine article elaborates more on the uses of Mimosa hostilis root bark.

The Mimosa hostilis, abundantly found in the southern Mexican lowlands and Amazon forests of Brazil, is a beautiful evergreen tree, revered for its high medicinal value. The bark of the tree has a venerable reputation to treat a wide range of skin problems. The Mimosa hostilis root bark is a good source of antioxidant flavonoids, it also contains trace minerals like copper, zinc, manganese, magnesium, and iron. No wonder, the bark of the tree, in the powder form, provides plenty of medicinal benefits.

Quitting smoking has never been easy, thanks to the withdrawal symptoms that force the person to resume his/her habit. A natural way to drive away this uncomfortable feeling of nicotine craving would be to have Mimosa hostilis leaf tea. Drinking this tea is believed to calm down cigarette cravings, which may boost your efforts to quit smoking. So, those struggling with nicotine cravings, banking on this herbal remedy may prove to be a sensible decision. Its ability to get rid of withdrawal symptoms can also help free oneself from drug addiction too.

Having tea made from the stem and leaves of this tree can also help alleviate dental pain. Toothache may indicate dental abscess or any other gum disease. The leaves are said to have antiseptic and anti-inflammatory properties, and hence, their intake in the form of a tea may help relieve tooth pain.

Used As a Cosmetic Agent

Mimosa hostilis powder made from the bark of the plant is often added in cosmetic formulations to improve skin health. This is because it displays promising antiseptic activity. Hence, topical ointments containing this powder may be helpful in treating skin problems like acne and psoriasis.

Having a decoction of this herbal plant can also be useful to treat bronchitis and cough. To prepare the decoction, a handful of chopped bark of Mimosa hostilis is heated in a liter of water until it starts boiling. Continue boiling for around 10 minutes and then strain it. When the decoction cools, drink it in small amounts throughout the day to get relief from respiratory problems.

Used for Treating Burns and Ulcers

The Mimosa hostilis powder is thought to have analgesic properties; it acts as a natural painkiller. So, applying the powder or creams containing extracts of Mimosa hostilis can help soothe minor to severe burns. In fact, the tree had been used way back in 1984 during the San Juanico disaster when a liquid petroleum gas farm in Mexico was engulfed in a massive fire due to series of explosions that were triggered by on-site gas leakage. The disaster led to severe burn wounds in over 5,000 people. In those circumstances, Mimosa hostilis and its extracts were used on a large scale to treat people affected with severe burns.

One of the best ways to treat a bleeding wound, would be to apply Mimosa hostilis root bark powder. The bark of the plant contains substantial amount of tannins and antioxidants that help promote blood coagulation and stop bleeding. So, using its powder can benefit to accelerate blood clotting in cuts and wounds.

One small double-blind study suggests that applying a gel with active ingredients of Mimosa hostilis extracts may also contribute in healing of leg ulceration associated with varicose veins. On the other hand, vitro studies have shown that the bark of the tree is 3 times more powerful in containing bacterial cultures than the antibiotic streptomycin.

While these preliminary studies are promising, further research is needed to confirm the therapeutic value of the tree. No wonder, the USFDA hasn’t given any consent to use Mimosa hostilis for any treatment. So, before using any products containing Mimosa hostilis, consult your doctor to make the most informed treatment decision.

Looking for a nutritional source to feed your cows, goats, and sheep. Well, the pod and leaves of Mimosa hostilis that are high in proteins, act as an excellent fodder for the livestock. So, in times of fodder scarcity, these perennial trees can protect the livestock from starvation.

The bark of the tree contains a great deal of tannin, which makes it an integral part of leather manufacturing process. The Mimosa hostilis made from the bark of the tree has a peculiar pink color, which is in great demand in the cosmetic industry for producing bright red dye.

The wood of the tree is also used in creating barriers in the form of fences. The construction industry also uses the bark of the tree for making robust material that is used in constructing large structures like bridges.